Kills germs on surfaces – so we should definitely drink it! 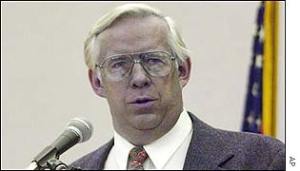 “If it’s not accepted as medicine, it will cure you!”

This seems to be the mentality of many folk who extol the virtues of bizarre home remedies.  These people are the most confusing to me.  I can kind of understand where you’re coming from if you want to avoid pharmaceuticals, pesticides, toxic cleansers, and so on.  Many people are trying to live a “natural” life, and while that may be a  fantasy in some ways, it does make sense to eat whole foods, avoid unnecessary drugs, limit exposure to pesticides, plasticizers, and other chemicals that may cause problems for our bodies or our environment, and even to use home-grown herbs to treat the symptoms of mild, self-limiting diseases.  Hell, I can even understand the use of homeopathy to an extent – it’s billed as a mild, side-effect-free to make sure the body is working at its best.  It was specifically formulated as an alternative to toxic and dangerous treatments used in the 18th century.  People like to think that there’s something more natural, that won’t cause bad side effects, that they can use to cure themselves.  That’s understandable.

But then there’s this subset of people who seem to latch on to a particular cure which isn’t herbal or natural in any way.  It may be the product of standard industrial processes or pharmaceutical research.  But the key to this woo is that the substance not be used as intended by mainstream science.

The most extreme case I can think of is bleach.  Bleach is a very mainstream product.  It’s manufactured by big companies.  It’s corrosive.  It’s a substance often avoided by crunchy people due to its potential to harm humans and the environment.  Bleach has been shown to be very effective at killing microbes on surfaces however.  It’s recommended for cleaning in the home for HIV patients because it kills bugs so well.  Bleach disinfection is even promoted as a stopgap method of killing HIV in heroin syringes if no clean needles can be obtained.

Somehow people have extrapolated all that microbe-killing power to a notion that ingesting bleach can cure diseases in the body.  “If bleach kills HIV in a syringe, it will kill HIV in my bloodstream” is how the thinking goes.  It almost makes sense, if you ignore the fact that drinking bleach will cause major burns in your esophagus, stomach, and intestines, and will kill you long before it would provide any theoretical benefit.

Similarly, silver can be used as an antiseptic and is used in topical application to prevent infection.  Some cranks have made the “if it’s good topically, it must be great ingested” leap and advocate ingestion of colloidal silver to cure, well, everything.  However, there’s no evidence showing ingestion of colloidal silver treats any disease or condition.  It’s probably not as bad as drinking bleach as far as immediate injury, but colloidal silver can cause kidney damage and seizures.  Far more entertaining is its celebrated, non-toxic side effect, argyria.  It turns your skin and mucous membranes gray-blue.  So if you want to get no benefits whatsoever, risk major organ damage, and wind up looking like a sick smurf, colloidal silver is for you!

Here’s a quick list of other products of good old toxin-laden, money-driven, factory-produced technology, that are hailed as cures for things that science doesn’t use them for:

Dichloroacetate, allegedly a cure-all for cancer, in reality a substance that might fight cancer, but may be too toxic for use in the body.

Vicks on your feet to stop a cough.

Aspirin dissolved on a sore tooth, rather than ingested.

Milk of Magnesia for acne.

I won’t pretend to understand all the psychology underlying this behavior of off-label use as alternative medicine.  But it seems to me that a large part is just desperation – when the doctor only has difficult, complex, or slow-working answers, these remedies can make people feel like they’re fixing the problem.  And certainly the idea of getting one over on The Man is appealing.  The medical-industrial complex may want to charge you a lot of money for a treatment that might or might not work, but you can show them up by just rubbing Listerine on [body part] and fixing yourself!  That sense of control is really appealing.

And ultimately, I think Mark Crislip has a large part of the answer:

As I have discussed before, users of alternative therapies are not comfortable with nuance and subtlety, and,  I think, prefer black and white binary approaches.  Mercury in one form is toxic, so all forms of mercury are toxic.  Some forms of silver are beneficial, so all forms of silver of benefit, including colloidal silver. The inability to deal with shades of gray is a hallmark of many forms of alternative therapy.