Why I gave my children homeopathic cold pills 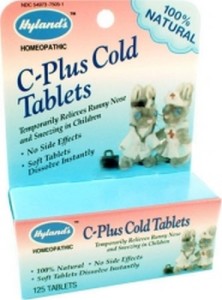 The placebo effect is real and powerful.  For many conditions that won’t cause harm if left untreated, it would be perfectly reasonable to give the patient a placebo to help them cope.  The problem is ethics: doctors cannot give a patient a medication and lie about what it contains.  That would prevent informed consent and would be a serious breach of trust and professional responsibility.

However, as a mom I can give placebos with a pretty clear conscience.  It’s my job to take care of my children’s health without their informed consent.  Of course as they mature, I will solicit more and more input from them, but right now I basically run their healthcare.

My older daughter in particular has inspired me to explore placebos.  She has extreme sensitivity to flavors and textures, and is largely unable to take children’s medications.  Of course if she has a high fever or needs antibiotics, I work with her to make sure the medicine goes down.  But it’s not worth cajoling, finagling, and risking  some spectacular reverse peristalsis to get some cough and cold medicine into her when she’s uncomfortable at bed time.  I offer, sure, but she always declines.

So I started to think about placebos.  I was sure if I could give her something and tell her it would make her feel more comfortable, she would be more relaxed and less likely to obsess about her symptoms, and could go to sleep.  My first thought was Tic Tacs, but I knew she’d catch on.  She’s 8, and she’s already familiar with them.  The telltale shape and flavor would surely tip her off.

Then I thought of homeopathy.  It’s just water!  Hyland’s makes tablets that dissolve immediately.  Perfect.  Well, the one drawback I thought of at the time was, of course, putting money in the pockets of scam artists.  But my immediate need overrode my boycott circuits, and I grabbed some Hyland’s C-plus.

It worked really well.  I have since used it several times for cold symptoms, and once with my three year old for boo boo drama.  I never actually said they would cure anything – I told them that the pills would make them feel better, or make it easier to deal with being sick.  (But yeah, I essentially lied.  I’m going to just assume that our Santa honesty balances it out.)

But when I did a little more research on the C-Plus tablets, I discovered they contain Yellow Jessamine at a mere 3X dilution.  I started to think about whether 3X means that there could be some actual molecules of this poisonous plant in the tablets, but I only got as far as a vague notion that it would involve molarity and Avogadro’s number before I had to go lie down.  So I decided to just function on the supposition that there could be a trace of actual factual poison in these things.  Between that and the issue of supporting snake oil, no more homeopathic remedies for us.

I will however seek out a more ethical and safer placebo for those times when my kids can’t stop focusing on their snotty noses and can’t sleep, or when there’s much wailing and gnashing of teeth over a small scrape.  I’m open to suggestions – they must get by a fairly sharp 8yo, as well as being easy to take.

(And yes, I will be filling them in on the ruse at some point before they go off into the world and might try to buy such remedies for themselves or their children.)