Were we unaware that Kirk Cameron is an idiot? 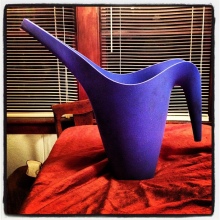 I understand that his statements about gay marriage are ridiculously inaccurate as well as hateful, but why is this news?  Why are people shocked?  Years ago I filed Kirk and his buddy Ray Comfort in the same mental Pendaflex with Time Cube and David Icke.  They’re loony cranks with a tenuous relationship to reality, and I only pay attention to them when I need a laugh.  These are the people who declared that the (heavily selectively bred and cultivated) modern banana was “an atheist’s nightmare” because it so obviously had been intelligently designed by Yahweh for human consumption.  I mean, really, I’m not sure they aren’t just a stealthier satire than Landover Baptist.

And I am sure that Piers Morgan asked the question hoping for furor to attract attention to his show, while Cameron was happy to provide the controversy since it also drives traffic to the new movie he’s promoting.  Everyone wins!  Except fans of reasonable discourse.

It’s a relief to know that soon homophobes will be relegated to the status currently enjoyed by overt racists and sexists.  Society at large will know that they exist, but will generally dismiss them as crackpots stuck in a benighted, outmoded set of beliefs that are irrelevant to our general culture.  I suppose during the death throes of their era of social influence, there will be a lot of arguing and sensationalism over the topic.  But I’m to getting to the point where I just want to ignore them already. (And yes, I recognize there’s a bit of hypocrisy in writing a blog post about someone, asking if we can please ignore him.  I mean of course, let’s ignore him starting . . . now.)

(If you don’t recognize the Holy Watering Can up there, please do check out the brilliant little video here.)