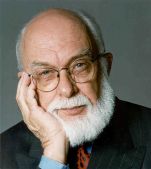 We were watching someone do something magical on a TV show, and Chloe said, “People can’t really do magic, right?”  I told her about the James Randi Education Foundation and their 1 million dollar challenge.  When I told her that anyone who can demonstrate paranormal powers under controlled conditions gets $1M, she immediately started plotting how to fool the judges.  “You could have something in your hand, and then have a trap door down here, and you’d go like this, and it would disappear!”  For the moment, I decided not to address the ethics of this plan, but to point out the practical drawbacks.  I told her that they require controlled conditions, so do you think they would miss the trap door?  I also told her that Randi is a professional stage magician with decades of experience, so the problem would be coming up with a trick he couldn’t see through.  She allowed that that might be difficult.

Chloe was chattering about Christmas, the carols they’re singing at school,* and, most importantly, which Beanie Ball she wanted to buy with her allowance. She couldn’t decide between the penguin and the reindeer.  As she listed the pros and cons of each, she said, “I think most of the Christians in my class like penguins.”  Nonplussed, I said I don’t think Christianity has anything to do with penguins.  I understood that Christianity kind of has a link with reindeer: Christian–>Christmas–>Santa–>reindeer.  But I assured her that there was no Christmas-related penguin lore that I was aware of.

The same week, she read the part of Bridge to Terabithia where May Belle says, “If you don’t believe in God, you’ll be damned to hell!”  Chloe was shocked that such bad words would be in a kids’ book.  So I got to explain that “damn” and “hell” have serious meanings to some people, and not just as swear words.  Then I tried to explain the basics of substitutionary sacrifice, sin, hell, and “accepting Jesus Christ as your personal savior.”  It’s remarkable how hard it is to convey these concepts to a child who hasn’t been indoctrinated as she grew up.  She got stuck on Jesus being Yahweh’s son and Yahweh himself at the same time.  But as she furrowed her brow and said, “That doesn’t make any sense!” I said, “Look, it’s magic, just go with it.”  She accepted that as far as it goes, and now knows a little more about Christian doctrine.  I told her it’s important to understand the beliefs of 80% of your countrymen, and she seemed to get that too.

Luckily, she didn’t ask specifics about what hell is.  The conversation was already pretty dense with new concepts, and I’m glad I didn’t have to tackle that at the same time.  When it does come up again, I plan to use Dale McGowan’s brilliant inoculation against the fear the concept could bring: “Hell is silly.”

When Chloe comes home from school, I always tell her to wash her hands.  Recently she countered, “Why? I’m just going to do my homework and get school germs all over my hands again anyway.”  Instead of saying, “Just do what I told you,” or “OK, nevermind,” I said, “You know, we could test whether that’s true.”

Together we’ve worked out a protocol for swabbing her hands at certain times and comparing the amount of bacteria they’re harboring.  We’re going to compare and see if her hypothesis is right.  Not only will it be a kickass science fair project (timing was perfect – the fair is on 1/23), but if it turns out she’s right, I’ll lay off her about washing her hands – at least until she’s done with her homework!

*Yes, they sing carols at her public school.  No, I don’t mind.