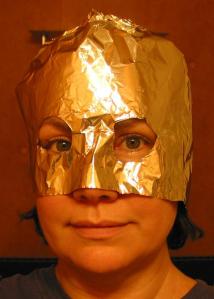 A friend pointed out this 2012 article by Amy Tuteur about skepticism versus denialism. It’s a worthy topic, and I’m right with her (or perhaps more accurately with her cited material from Andrew Dart) regarding vaccine and evolution “skepticism.” But I take issue with her broad brush getting paint on me when she states, “Though it isn’t as obvious, natural childbirth and homebirth advocates are denialists, too.”

I’m a natural childbirth and homebirth advocate in part because I’m a skeptic! (The other major impetus for me is gender equality and bodily autonomy.) Look, I realize there are loonies in the natural/home birth camps. There are people so out there that Koi-Assisted Birth was greeted not simply with “Great satire!” but with many readers taking it as real. But there are plenty of advocates interested in evidence-based medicine and freedom of choice. Take someone who questions the benefit of routine continuous electronic fetal monitoring. That’s a reasonable question to ask when the intervention was introduced on the guess that it would be helpful, then later research showed it may result in worse outcomes. When you equate a skeptic about that issue with a crank who believes against all evidence that the earth is 6,000 years old, you’re being both inaccurate and insulting.

Here’s a rundown of the most glaring logical problems in Dr. Tuteur’s article.

False Dilemma – she gives the impression that a person either supports typical hospital birth, or is a loony conspiracy theorist who ignores all evidence that homebirth is imperfect. There’s no intimation that some people might occupy a middle ground.

Guilt by association: “And natural childbirth and homebirth advocates share key attitudes with vaccine rejectionists, creationists and other denialists.” First she lumps natural childbirth and homebirth advocates together, then further assumes that homebirth advocates universally support poorly trained CPMs, and don’t care about any evidence that they might be less safe. Through this chain of association, suddenly a mother who gave birth in a freestanding birth center because she was worried about unnecessary interventions is equated with believers in a global conspiracy to give kids autism with vaccines.

Personally I get the impression that “The Skeptical O.B.” is herself a bit of a denialist, that she believes typical hospital birth with lots of interventions is the best, safest practice, and that no evidence will ever be good enough to dissuade her. So rather than searching out the best evidence about these practices and questioning her own biases, she targets people who do question, and paints us all as crazed fringe ideologues who don’t care about dead babies.

I admit I am biased toward natural childbirth and questioning medical interventions. But, I at least try to remember that I have that bias and attempt to embrace the foundation of skepticism – watching out for my own perceptual foibles. If there is solid, evidence-based consensus that the benefits outweigh the risks for routine continuous electronic fetal monitoring, routine episiotomy, or nil by mouth during labor, I would be interested in seeing it, and if it’s convincing I would change my mind about the desirability of these procedures. Being willing to change your mind is what skepticism is all about, while protecting your current beliefs at all costs is denialism – even if your beliefs are culturally mainstream.

(For the record, I’m a natural childbirth advocate and homebirth advocate in that I believe in making these options available to women, I am skeptical of some of the typical hospital practices, and I was personally more comfortable birthing outside a hospital, where I felt my providers’ approach to birth dovetailed with mine. I’m 100% in favor of making CNM-attended homebirth a common option. I am not personally as comfortable with CPMs, and unattended childbirth scares the hell out of me. But I still think women have the right to do either, though they should have access to the risks and benefits information as best we have right now.)

I was really excited to see a blog called “The Skeptical O.B.”  Having read The Thinking Woman’s Guide to a Better Birth, I knew that standard O.B. practices are often more about intuition and tradition than evidence-based medicine.  I thought it would be so cool to see an actual O.B. looking at the risk/benefit analysis on interventions like induction, epidural, and c-section.

Whoops!  Boy is my face red.  The blog could better be named, “The Hidebound Ideologue Against Natural Birth.”  Now, I am interested in skepticism of natural birth practices as well as hospital practices.  You don’t automatically get a pass from me because you’re doing something crunchy.  But god damn, Amy Tuteur is so vituperative, condescending, and obnoxious in her approach, and so obviously devoted to propping up standard hospital practices, that I can’t read her blog even if it might offer some interesting info on homebirth safety or midwifery guilds run amok.

Amy typically storms into each post with a haughty and self-assured stance, declaring her position to be self-evidently correct and everyone else to be feeble-minded.  Most recently, she announced “The largest, most comprehensive study ever done of homebirth has released its results and there’s nothing left to argue about: homebirth increases the risk of perinatal death.”  The study she’s citing though, states almost the opposite take-home message in its Conclusions:

In my experience of her work, this is representative.  She is the opposite of a skeptic – she decides on her position, and then twists and cherry-picks evidence to support it.  It also doesn’t help matters that she is absolutely vile and superior to any commenter who dares to question her pronouncements and offer counter-evidence.  In other circumstances, I’d be very interested in her information about the Midwives Alliance of North America keeping their statistics on births secret, and appearing to require almost a loyalty oath before giving someone access to it.  But a.) I don’t trust her to give me all the information, and b.) I don’t want to don a bile-proof jumpsuit to wade through her excoriating commenters who offer other perspectives.

This was such a wasted opportunity.  In my opinion, all birth practices need a good review based on the most recent evidence available.  Honestly, I probably agree with Dr. Amy on a lot of things.  I think unassisted childbirth is a terrifying new trend that exposes mothers and babies to too much risk.  But I think that it’s useful to look at the hospital practices and insurance structure that drive women to birth without any attendant whatsoever, and try to reform our institutions so mothers can feel safe and secure in a hospital, or have access to a well-trained, licensed midwife.  Dr. Amy thinks the answer is to sneer and call these mothers fools. 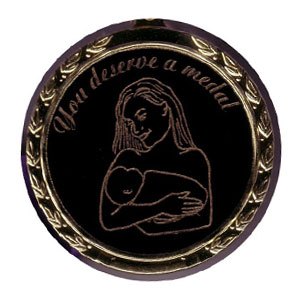 Sometimes when you talk about planning for a natural, drug-free labor, people will protest and tell you, “You don’t get a medal for having natural childbirth, you know.”  The underlying message is that going drug-free is some social power play, motivated by a need to feel superior.

While it is fun to wow people with what a badass I am for having had natural childbirth, the thought of one-upping other moms was the farthest thing from my mind when I was deciding where and how to give birth.  I did a lot of research and asked a lot of pointed questions (one midwife took me aside at a tour and asked if I was a nurse).  I decided on natural childbirth outside a hospital, not for a medal, but for:

My births were not exactly fun or easy.  I didn’t have any powerful spiritual experiences, and I don’t feel the pain was necessarily a rite of passage.  But I felt safe.  I felt my babies and I had the best chance for health and wellbeing, and I trusted that if an intervention was suggested, it would be truly necessary and prudent, not just procedure or an aid to the convenience of the medical staff.  I felt very secure that my care was both philosophically respectful of me as a person, and based on the best available evidence.

Who needs a medal when you’ve got that?

(Picture credit: Moms Deserve Medals, which produces medals for all mothers, regardless of birth circumstancs.)